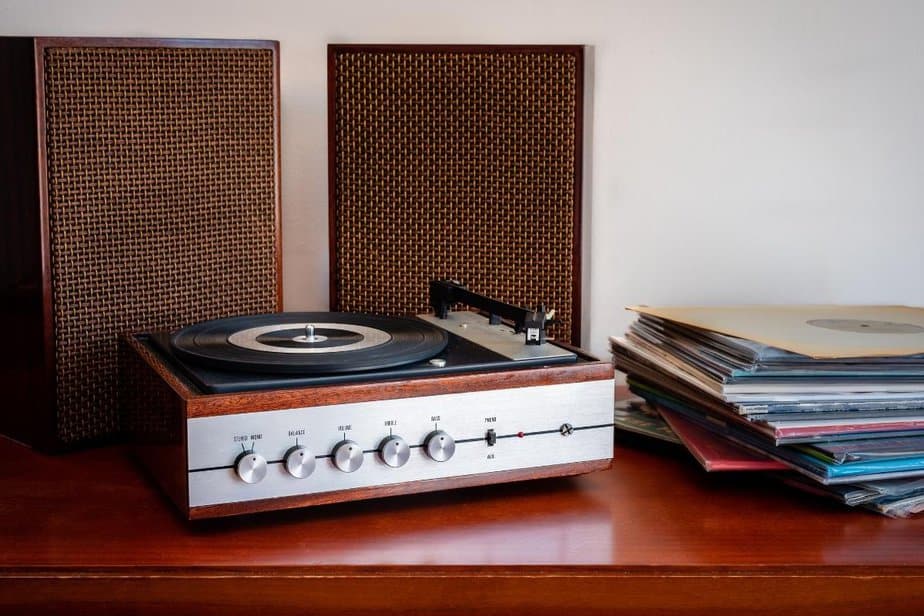 In today’s guide, I’ll further elaborate on the differences between turntables and record players, including the pros and cons for each. I’ll also include a section on choosing between the two, so check it out!

What Is a Turntable?

Let’s start by talking about turntables, shall we?

A turntable includes a myriad of parts, so let’s go over each one now.

Turntables can be either automatic or manual. A manual turntable is a lot more old-school, as you’re in charge of moving all the components.

That means it’s on you to drop the needle, manage the speed, and remove the needle after you’re done listening to your favorite vinyl records.

An automatic turntable will automatically drop the tonearm and then lift it after the first side of the record is done playing.

Now that you understand turntables better, let’s delve into the pros and cons of this means of listening to vinyl records.

What Is a Record Player?

Known as the phonograph, record players sure have come a long way since their inception in 1877.

No longer do they come packed with a large horn, which is technically known as a sound horn.

Instead, a record player is a compact, all-in-one device. That’s what separates record players and turntables. You don’t have to bother with preamps or other external equipment.

Everything you need in a record player is in there right out of the box.

Record players utilize many of the same components as turntables, but it’s only fair to take a thorough look into these players just as we did turntables.

Without further ado then, here are the components of a record player.

As I did with turntables, I now want to look into the pros and cons of record players.

Turntable or Record Player – Which Is Better for You?

Putting turntables and record players to the test, if you have to choose only one for playing vinyl records, which should it be?

If you’re just getting into records, you might have listened to only digital music for a long time now. You’re used to beautifully crisp, high-quality audio.

You want to replicate that same level of audio–give or take–when listening to a record.

The many components that are needed to make a turntable run are usually produced better than a record player’s parts. Again, that can vary if you do model-by-model comparisons, but generally, it’s the case.

That’s usually due to how much more expensive a turntable is compared to a record player. You often get what you pay for in this hobby.

Spending a little more on a turntable can mean the difference between cheap plastic parts and well built parts made of steel or metal that can lend itself to producing music that sounds noticeably better!

It’s not just the components responsible for producing lovely sounds that are better in a turntable. It’s the entire component.

Again, this goes back to investing more money to have a higher-quality product.

You can trust in the turntable cartridge, and all the pitch and speed adjustment switches, and even the dust cover to stand up to the test of time.

When it comes to components like the headshell, the tonearm, and the platter that truly affect the quality and stability of your sound, you want these parts to work well for as long as possible. That’s usually the case with a good-quality turntable.

No one wants a scratched record! Once a record becomes too scratched up, the experience you used to get from listening to the record is destroyed. When it comes to scratched records you usually have no choice but to buy another copy and either allocate the scratched copy to decorative wall art or the trash can.

Record players tend to scratch vinyl records more because most record players are more inexpensive and thus lacking in quality.

Now, I don’t want to make it sound like all record players will scratch your precious record collection. Fortunately, that’s not the case.

If you’re willing to shell out more money for a record player, such as between $400 and $700 (which is usually how much a good turntable costs), then you won’t have to worry about scratches as much as you would if you were trusting your records on a record player that cost less then $100.

I also want to reiterate a point from before. Low-cost turntables that are $100 and under can leave gnarly scratches in vinyl just like a cheap record player can.

Overall, prioritizing quality is the best way to safeguard your records.