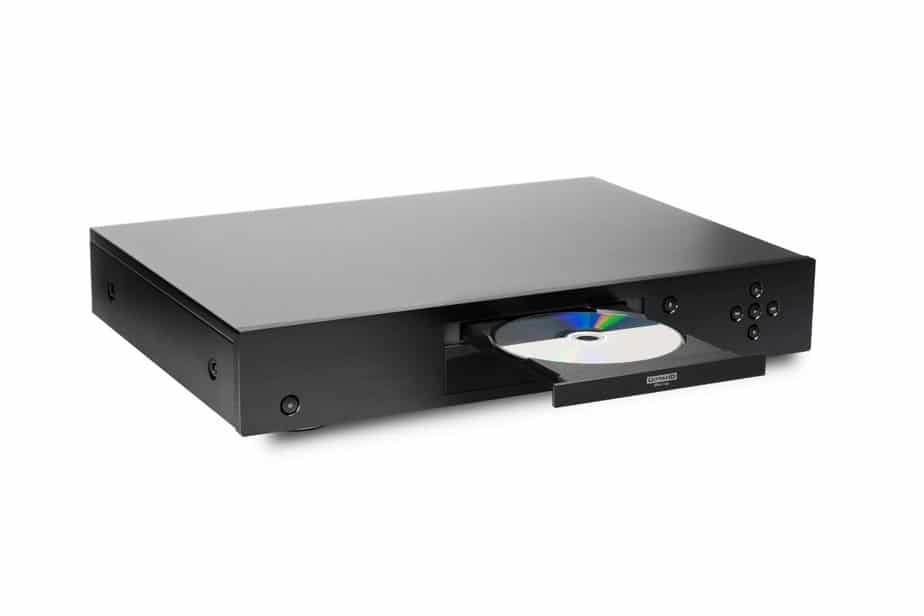 When watching movies or television shows at home, you’ll choose between DVD and Blu-Ray, but how are they different? That’s exactly what you’ll learn in today’s article!

What’s the difference between Blu-Ray and DVD? Blu-Ray and DVD are quite different in several ways, as Blu-Rays are more scratch-resistant, have a better laser, offer superior audio quality, and boast higher-level image resolution.

If you’re eager to learn more about the differences between Blu-Ray and DVD, then you’ve come to the right place. In this guide, I’ll also discuss how Blu-Ray stacks up with streaming services and HD DVD!

Blu-Ray and DVD – The Differences Between Them

The grooves of a Blu-Ray disc are a lot skinnier than those on a DVD. Additionally, those grooves are much nearer to one another.

So why the design change between Blu-Rays and DVDs? The positioning of the grooves in a Blu-Ray makes the disc harder to scratch than a DVD.

That doesn’t mean you can’t scratch a Blu-Ray, it just means they’re more scratch resistant, in comparison, to the standard DVD.

DVDs changed the game when they came out in 1997, as they used laser technology. When Blu-Ray debuted about a decade later in 2006, it continued the laser trend.

However, the types of lasers the two discs use are quite dissimilar, as you might have expected.

A DVD player uses a red laser with a wavelength of 650 nanometers or nm.

Blu-Ray players, on the other hand, uses a blue laser that operates on a 405-nm wavelength.

The blue laser is indeed where the Blu-Ray name came from.

The shorter wavelength of a Blu-Ray might not seem more advantageous, but quite the contrary. The 405 nanometers wavelength Blu-Ray Players use to read the contents of its disc allows it to perform with expert precision.

DVD audio quality isn’t poor, per se, but it’s not on par with the sound quality Blu-Ray can produce.

If you buy a Blu-Ray copy of a movie or TV show you own on DVD, the improvement in audio quality will be noticeable.

Audio is only half the equation when enjoying films and television shows and the image is the other.

DVDs, given that they’re older technology, use standard definition or 480 SD. On today’s large smart TVs, the image resolution of a DVD can be rather lacking.

Are Old Movies Better on Blu-Ray or DVD?

As the last section should make clear, Blu-Ray is in every way the more superior technology. Thus, for most people, it’s the preferable way to watch movies and television shows.

Newly-released shows and films look incredible. The details are crisp and lifelike while the audio is immersive and makes it very easy to get into what you’re watching.

What about older movies or TV shows though, such as those that predate both Blu-Ray and DVD?

Some people find that watching older films in ultra-high quality such as on Blu-Ray can sometimes cause subtle color differences or resolution upgrades that they don’t necessarily think is more appealing.

These people are likely in the camp that since the movie is older anyway, losing some resolution by watching on DVD is not that big a deal.

Others prefer watching both newer and older movies and television shows on Blu-Ray simply for the upgrade in every way.

Blu-Ray vs. Streaming: Which Is Better?

Of course, the days of pulling out a huge collection of DVDs or Blu-Rays to watch are coming to an end. Streaming video means you don’t have to spend upwards of $30 to own every new movie when it comes out.

In the battle of Blu-Ray and streaming, which technology is better?

Most streaming services today offer 4K quality as the default. That seems like a pretty open and shut case then, right?

Until you consider 4K Blu-Ray.

4K Blu-Ray is also known as Ultra HD Blu-Ray and is even better than the original Blu-Ray technology. Whether you stream or use 4K Blu-Ray, the average picture resolution will be 3840×2160. This resolution looks best on 4K TVs.

There is one thing that streaming services have that Blu-Ray does not, and that’s bitrate.

Bitrate is how much data your TV receives to maintain its quality when watching a movie or TV show on Netflix, Hulu, HBO Max, Disney+, Peacock, or your streaming service of choice.

The bitrate drop will lead to a noticeable decrease in video and audio quality. It’s not like you’re watching pixels on a screen in a giant blur, but you’re certainly not getting 4K quality in those moments.

A 4K Blu-Ray’s quality is not tied to the Internet. This means that even if your Internet isn’t working, you could continue watching your film or television show without a single disruption in quality.

More so, there’s a difference in frame rate.

Streaming services have a standard frame rate of 30 frames per second or fps while for 4K Blu-Ray, it’s 60fps.

Of course, a streaming service can upgrade its frame rate as broadband connections continually improve whereas a 4K Blu-Ray will always be capped at a frame rate of 60fps unless the technology evolves right along with streaming.

In this moment though, 4K Blu-Ray has the frame rate advantage.

Thus, the winner is 4K Blu-Ray.

HD DVD vs. Blu-Ray: Which Has the Advantage?

It’s not only Blu-Ray that’s evolved with 4K Blu-Ray but DVD as well. For instance, there’s HD DVD, which was introduced the same year as original Blu-Ray back in 2006.

HD DVD is also discontinued, having only been around until 2008. Even still, it’s worth comparing this advanced DVD technology with Blu-Ray.

Both HD DVD and Blu-Ray offer surround sound support for 7.1 channels as well as HDTV native resolution in up to 1080p, but the disc capacity of Blu-Ray still outshines even HD DVD.

Given that HD DVD is dead technology and Blu-Rays are still manufactured to this day, I think it’s clear that Blu-Ray is the winner in this category.

Is Blu-Ray Worth It?

Sure, part of that is for the different box art and maybe some bonus features, but are Blu-Rays worth it as a whole?

Most people agree that yes, Blu-Rays are very much worth it.

Despite that Blu-Ray technology is about two decades old, there has yet to be a better form of disc-based movie and television viewing than Blu-Ray.

Of course, these days, when everything is about digital enjoyment rather than owning physical copies (which is true in the world of music as it is in films and television), you may wonder what the need is to own Blu-Rays.

Well, as noted, Blu-Rays at current offer superior frame rates to streaming services. Plus, a Blu-Ray’s quality never decreases if your Internet connection gets a bit slow.

Internet connectivity and speed will always be a concern when streaming due to the nature of consuming this form of media. Bitrate drops can decrease quality.

For those who collect movies or truly appreciate reliable audio and video quality, owning films and television shows on Blu-Ray can be far better than streaming.

There’s also the benefit that once you have it, it’s yours to own forever. Content appears and disappears off streaming services as those services see fit.

If your favorite movie or show is removed from your streaming service before you get a chance to finish it, there’s nothing you can do.

With a Blu-Ray, you can watch and rewatch as much as you want today, six months from now, and even six years from now and no one can take that away from you.