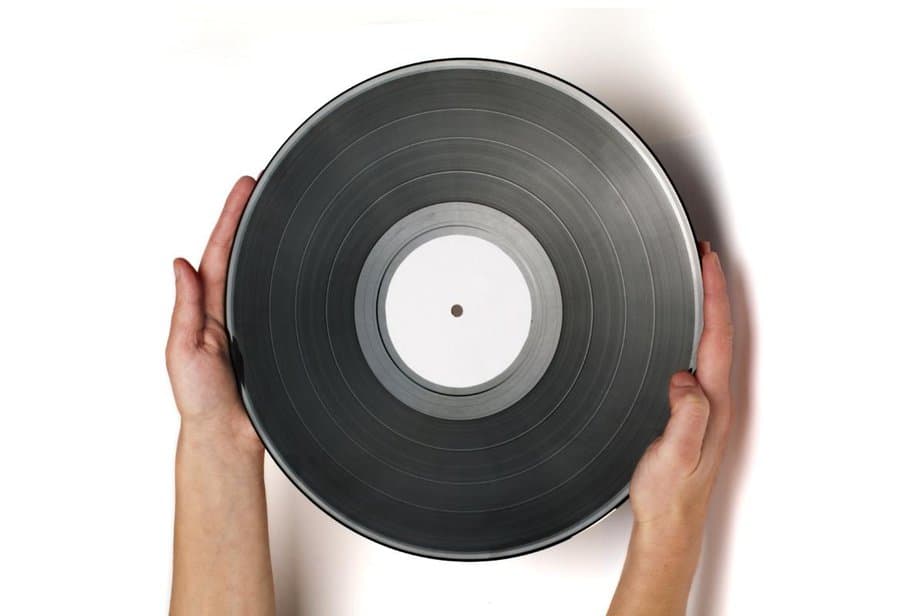 As you browse the aisles of your local record store or while you’re shopping online for that hard to find first pressing record on Discogs, you’ll come across the terms LP and EP. Knowing what these abbreviations stand for, as well as the differences between them, can often make a big difference in your purchasing decisions.

If you want to learn even more about LPs and EPs, including how they’re different from albums and singles, you’ve come to the right place. Keep reading to learn more about this music shorthand and the formats they once stood for!

Let’s start by delving into the LP, which is short for long play or long-playing.

The LP originally started as a type of record format. The LP came in two sizes, 10 or 12 inches, and it always played at 33 1/3 RPM. The disc was made of PVC with microgrooves.

Where do LPs come from, you ask? They’re attributed to Columbia Records, the giant record label created in 1889, which debuted the first LP in 1948.

However, their history goes back long before that.

The first version of the LP is known as a soundtrack disc, which Vitaphone motion picture sound systems utilized in 1926.

These soundtrack systems could play audio for up to 11 minutes at a clip. The discs measured 16 inches and played at 33 1/3 RPM.

The playtime of early LPs was increased to 15 minutes by the late 1920s.

In 1931, RCA Victor, a record label that is today owned by Sony Music Entertainment, released a home-use LP known as the Program Transcription disc. The 10-to-12-inch discs had grooves in closer proximity than a standard 78.

The timing for RCA Victor’s creation wasn’t the best in retrospect.

RCA’s LP coincided with the Great Depression. Although it was fascinating technology, no one had the money to spend on phonographs or LPs.

After the Great Depression ended, Columbia and CBS Laboratories began to work on an LP that could store 20 minutes of audio on each side. Columbia presented the new and improved LP in 1948.

This time, with less economic strife, LPs caught on and were the standard before long, being gladly embraced by the record industry as a whole.

It’s easy enough to see why. In the late 1940s, records featured a shellac compound that made quite a lot of extra noise when listening to music. Plus, the records were 78 RPMs and had bigger grooves.

Due to the RPMs of a shellac record before LPs, the amount of music that could be fit on a record at the time was incredibly small. The record had under five minutes of space for each side.

Imagine the type of creative restraints that artists must have faced at the time!

I’ll talk more about how long an LP is, but it’s considerably longer.

LPs were the standard in music throughout a period referred to as the album era, which started in the mid-1960s and lasted until the mid-2000s.

Well, LPs were actually replaced long before 2000. That happened about two decades prior during the 1980s when the cassette became the new way to listen to music.

As you know, digital music is the standard today, and that doesn’t seem to be changing anytime soon.

Even still, the LP has a cemented spot in music history!

How Long Is an LP?

Going back a bit, the problem with records before LPs is that they were constricted to under five minutes of audio per side.

This made soundtracks, which at the time were played on a record and then synced up at a movie theater, difficult to broadcast.

The microgroove advancements of the LP as introduced by Columbia Records allowed LP playtimes to be pushed to the max.

The most playtime an LP has is 52 minutes. However, you’re not likely to see that playtime on many LPs.

Instead, a playtime of between 30 and 45 minutes is a lot more common.

Now it’s time to switch gears and talk about the EP, which is shorthand for extended play.

An EP is longer than a single but isn’t quite as long as an LP and doesn’t match the length of an album either.

The first EPs came out in 1919 by Grey Gull Records. The size of the EP wasn’t standardized back then, so the earliest EPs were two-in-one 78-RPM vertically-cut discs.

The grooves of these early EPs were incredibly fine, much more so than usual compared to the other vinyl records of the day.

By the late 1940s, LPs were already out, and 45-RPM singles had become popular as well. This led RCA Victor–the same company that had a hand in the development of the LP–to create a 45-RPM EP in 1952.

The purpose of this innovation was to compete with LPs, which in their new format was popularized by Columbia Records, an RCA direct competitor.

The new EPs had grooves narrower than seen in past versions, which increased the amount of music an EP could hold.

Some record companies decided that they’d take the content of an LP and produce it onto several EPs and then release them with a gatefold cover. This didn’t last long though.

Britain got its first taste of the EP in 1954 when the technology jumped the pond.

Elvis Presley, who was still recording at the time, had a lot of his music converted to EPs in the UK at the time. This propelled the EP’s popularity there.

For a while, Billboard even had its own EP chart in the late 1950s, which tells you how popular this technology was.

But all good things come to an end. By the early 1960s, the US had largely moved on from the EP and now favored the LP instead.

In the UK, The Beatles still released EPs through the early 1960s, and it wasn’t until towards the end of that decade that EP popularity began to wane.

That said, today, EPs still live on, at least in some format. In the streaming and digital music age, an EP is known as a release with only several songs on it. They’re not related to records anymore.

How Long Is an EP?

Okay, so exactly how long is an EP? The number of songs typically doesn’t exceed four tracks, and an EP is only 25 minutes long tops.

The Difference Between LP and EP

Now that I’ve exhaustively elaborated on the history of both the LP and the EP, I think the difference between them is clear.

The goal of an EP is not to fit an entire album on a disc, but only three or four songs. As such, the playtime of an EP is always under 30 minutes.

LPs, over their long and storied history, strove to increase the amount of time that could be added per each side of a vinyl record.

This started as a means for movie soundtracks shown at theaters to be more complete.

Then it surely became about saving money. After all, it was more cost-effective to print a recording on one disc rather than the same recording on four smaller discs because no records at the time could hold enough music for an album.

An LP has a playtime of at least 30 minutes but upwards of 45 and even 52 minutes, although the latter is almost never used.

Even still, the technology is there.

Single vs. EP vs. LP vs. Album

To wrap up, let’s contrast the EP and LP with the single and the album. How long is each? That’s what I’ll answer.

Singles are an enduring music format today, so they probably don’t need as much introduction.

A single might be one song on a record or CD but usually includes a few other songs or “tracks”. The other tracks on a single might be different remixes or cuts of the single, even rarer songs, or even tracks referred to as “B Sides”.

The greatest number of tracks on a single is three.

iTunes defines a single as a recording with three tracks that are each under 10 minutes in length.

Okay, but what if a song is 10 minutes? Remember, a single is usually a radio-friendly version of a song, so it’s not uncommon for a longer song to be cut down.

An EP is longer than a single and can have more tracks, four versus three. Three-song EPs are common as well.

What about LP? I’ve talked about how much music one of these records can hold, but not how many tracks.

Traditionally, an LP has the space for 10 to 12 tracks.

Then there are albums, which are longer than EPs and singles and about as long as LPs but can be shorter. After all, the album as we know it came from 33 1/3-RPM LP records.

According to the Grammy Award rules, an album must have at least five “distinct tracks” and a playtime of 15 minutes or it can be 30 minutes with no limit on tracks to classify as an album.

The UK Albums Chart says an album either exceeds 25 minutes or four tracks. A shorter album would be an EP or mini-album.